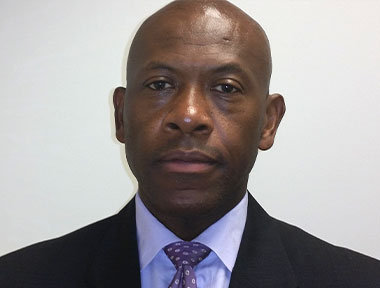 After retiring from the military in 2003, Dwayne joined the security industry. As a security he has held various management positions with Securitas and Allied Barton Security Services as well as other large security companies. While working at these security companies he has held positions such as Branch Manager, Operations Manager, District Manager and Director of Operations. While serving in these positions Dwayne managed and directed all operational and staff activities for over one hundred security contracts valuing over 50M in annual revenue. He was also responsible for coaching, counseling and developing over 500 assigned personnel to allow for their competency and growth.

Dwayne is an active member of ASIS International. He holds a certification in Homeland Security with the American College of Forensic Examiners Institute (ACFEI) with a designation. Dwayne is also and GA state certified instructor. He is also a certified Red Cross First Aid, AED CPR instructor.

Dwayne earned undergraduate degrees in Business Administration from Methodist College and Business Management from the University of Maryland University College (UMUC). He also earned a Masters in Management and Leadership from Liberty University.

Dwayne is very active in his community.  He serves on his church’s community outreach ministries where he volunteers at various shelters and youth, adult and senior citizen group homes in the Atlanta Metro area.  He is a member of Cobb County’s Partner in Education program.  He also volunteers as a community football coach for Whitefield Academy’s football team as well as coaches football, basketball baseball at First Baptist Church of Smyrna Upward Sports program.  Additionally, he is an active (Life) member of Omega Psi Phi Fraternity, Incorporated.  Omega Psi Phi Fraternity Incorporated stated purpose is to attract and build a strong and effective force of men dedicated to its Cardinal Principles of manhood, scholarship, perseverance, and uplift.

Dwayne serves on the board of Trustees for Atlanta Youth Academy (AYA) and Wolfpack Fourth and Ten ( A non-profit that assist student athletes with attending independent school).  Dwayne is married to Dr. Annisha Ellis and have three children – Dwayne II-(US Army), Tori and Joshua.