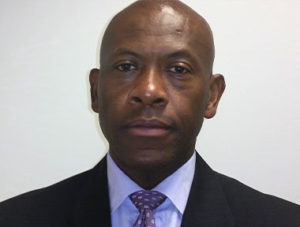 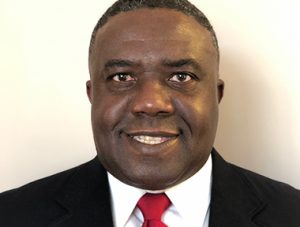 Alphonso Paulk is the Director of Operations for Mach 1 Security. Mr. Paulk focuses on establishing top-notch security officers for all clients following his 27 years of service in the US Army. Mr. Paulk is responsible for managing the varied and complex operations of the company.

Mr. Paulk served on active duty in the U.S. Army as an Infantryman from 1983 until 2014.  During his Army career, he was assigned multiple responsibilities that focused primarily on the security of America both domestic and overseas deployment locations. While serving at Hohenfels, Germany, his position of leadership and responsibility was the Counter-IED Joint Robotics NCOIC throughout Europe and Afghanistan. In addition, Mr. Paulk’s leadership positions included Team Leader, Squad Leader, G-4 Plans & Operation NCOIC, Platoon Sergeant, Infantry Company 1SG, Drill Sergeant, US Army Recruiter, US Army Ranger Instructor, Robotics System Joint Project Office Afghanistan NCOIC, and First Sergeant. In 2003, Mr. Paulk joined Securitas Security Inc. USA as the Human Resource Specialist and was promoted to Branch Manager. In 2005, he joined the Cobb County Public School System as a U.S. Army Junior ROTC Instructor at Pebblebrook High School. Mr. Paulk continues to serve the public by providing expertise in the security industry in support of Mach 1 Security mission.

Robert began his career in the security industry in 1996 as an officer with Argenbright Security. In 1998 he was elevated to a management position with Barton Protective Services. Throughout his  he has held various management positions for companies such as Allied Barton Universal and SecurAmerica. His focus is client relations with an emphasis on retention. Robert is a self-starter who assists in the day to day operations at Mach 1 Security. His responsibilities include personnel management and account oversite. Robert’s background also includes military experience as he served in the US Army from 1979 – 1983. 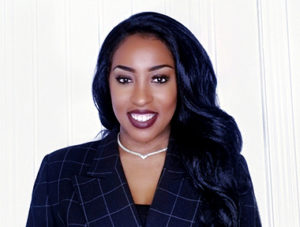 Trish Robinson joined Mach 1 Security Services, Inc. in August of 2018 to working alongside the CEO and contributing to strategy development. Prior to her position at Mach 1, she attended the University of Phoenix to pursue a Bachelor of Arts degree in Mass Communications with a minor in Business Management.

In this position, Trish provides administrative support to the Human Resources and Operations Management departments. She serves as the primary contact for external offices, assisting with Account Receivables and provides logistical support for multiple projects and meetings.

Working in close coordination with all staff in the office, she has proven to be indispensable in organizing, scheduling and managing schedules and resources while innovating successful projects to improve office support. Trish has provided excellent attention to detail and effectively represents the mission statement of Mach 1 Security.

Since moving to Atlanta from Northeast Ohio in 2000, Arius has gained over 15 years of retail and administrative experience.  Over that time, Arius worked to obtain her BA from Mercer University in Communication and Human Resources in 2010.  After Mercer, signed up for Clayton State University completing SHRM Essentials to HR Management 2011.  Since that time Arius worked as an HR Assistant for Classic Collision Center in Alpharetta with over 1,200 employees assisting in recruiting, new employee onboarding, and benefits administrator.  Amazingly found her dream job with Mach 1 Security, Arius accepted the position as Director of Human Resources.  This critical position manages compensation, benefits, recognition, training, and employee relations.  Long Terms Goals are obtaining her master’s degree in human resources and business then certifications in PHR in SHRM.  This will further her passion  providing HR solutions for Mach 1.  Our Mission at Mach 1 is to create an exceptional organization of a diverse workforce that supports each associate in achieving career goals within the organization.